„Gehenna“ is already the band’s 9th release, but only the sophomore album – their back catalogue is made up of a number of EPs and split Eps (with THISQUIETARMY among others), a detail which showcases the band’s strong rootedness in the DIY scene. Throughout the 11 years of their existence, Cruxen and Curi have learned how to productively and successfully take control of every aspect of a band’s universe themselves, without getting lost in it: from running their own professional recording studio, the internationally renowned Dissenso Studios in São Paulo, to running their own record label, to booking their own tours and collaborating with like-minded artists, record labels and producers across the globe.

For „Gehenna“, they invited producer legend Billy Anderson, known for his works with MELVINS, NEUROSIS, FANTOMAS or the SWANS, to Brazil. But the 9 days with Anderson were not free from trouble. „We tracked drums, bass and guitars live, and used the emergency stairs as a reverb chamber, which was really cool“, comments Curi. „But on the 2nd day and on the first take of the first track, the studio’s console broke down.“ The band kept their chins up and replaced the broken desk. The result of Billy Anderson’s 9 days in Brazil is an atmospherically dense and massively heavy instrumental record. The album features 10 tracks, and one of them, “Locrus”, is a collaborative effort with the Belgian guitarist Mathieu Vandekerckhove (AMENRA / SYNDROME). LABIRINTO have toured extensively, and they were the first band from South America to be invited (twice) to the genre-defining Dunk! Festival in Belgium. 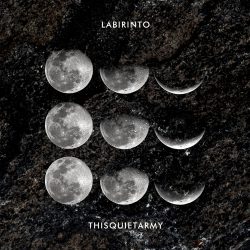