Tiny Fingers, hailing from Tel Aviv, Israel, combine post-rock, live electronics, psychedelic, dub step and math rock into one super-intense and truly unique musical melange. With broken beats, creative use of guitar effects and fat analogue and synthesized bass assaults, they manage to reconcile the rough intensity of rock with the clean ecstasy of electronic music. Despite the players’ quite obvious technical proficiency, their songs always stay refreshingly catchy and musical.

Tiny Fingers are one of the leading forces in the Israeli alternative music scene, and considered the pioneers of the uprising new local psychedelic rock scene. The band has already released 5 albums, and has toured intensively throughout Asia, the US ad Europe in recent years.

Now, in April 2016, they are coming back to Europe alongside LONG DISTANCE CALLING. An emerging festival favorite both in their home country and abroad, their live act is a mind blowing experience of futuristic sounds and visuals, which has led them to be handpicked to open for The Mars Volta, Damian Marley, Dub Trio, All Them Witches and many more.

With their 5fth album „The Fall“, Tiny Fingers have clearly taken their custom sound to the next level. The album was written and recorded during the past year, in between a lot of traveling and touring… a long time of exploration, searching for new sounds and approaches to music. „The Fall“ is an autobiographic summary of the band members’ experiences as human beings, as friends and band mates. „The album is a riddle, every track is a chapter in a true story about fear and hope, anxiety, deep realistic confusion“, comments guitar player Oren Ben David. „The Fall is about pain and darkness, but also about beauty and intelligence in every person, in every world, at the same time“.

The band has recently performed the album in its entirety, at sunrise, at the shores of the Dead Sea in Israel. This mind- blowing performance was filmed with the help of aerial drones equipped with cameras. The video will be premiered soon, keep your eyes open… this one will blow you away! 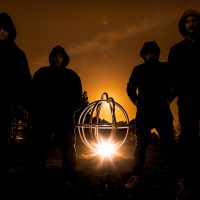 Labirinto
Menu
We use cookies to ensure that we give you the best experience on our website. If you continue to use this site we will assume that you are happy with our privacy policy.OKRead more