Formed in Tokyo in 1999, MONO has now been active for 20 years. The band has a reputation as Asia’s most successful international touring band, and the offers are endless. Each year, the band travels around the world; from North America, South America, Europe, Asia to Oceania, playing around 150 shows a year, touring half of the year, every year. Recently, the band successfully performed on one of the Spanish Canary Islands, Gran Canaria, the first Japanese band to do so. Up to this point, the band has visited 59 countries.

It is common for Japnese artists to struggle at a local level, let alone make it overseas. Through sheer willpower and dedication, MONO has triumphed. Instead of utilizing their home country’s marketing systems and connections, the band has let their abilities lead and have succeeded. MONO are well respected in Japan, as a treasure within the independent music world.

Fans of MONO often say “Their songs are beautiful beyond words, but yet aggressive”, “Their performance is a life-changing experience”, and “MONO is one of the best live bands in the world”. Music Magazine NME also praised MONO as “This is God’s music”.

Since their formation in 1999, the band has released a total of 11 albums, including 1 live CD/DVD album with Wordless Music Orchestra from NYC in 2009. The works of MONO are highly regarded throughout the world, and MONO themselves are praised as one of the world’s top artists by many major music and review websites.

In 2015, Taka released his first solo album “Classical Punk and Echoes Under the Beauty”, under his own name, Takaakira ‘Taka’​ ​Goto. The album held old unrevealed recordings of Taka​, ​and was released via Pelagic Records worldwide and Magniph in Japan.

Behind the Shadow Drops’​ ​debut album was released via Temporary Residence Ltd​.​ worldwide in 2017. 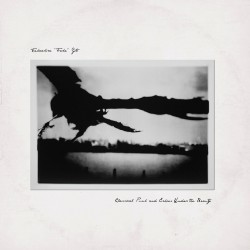