KHOMA, based out of Umea and Gothenburg, Sweden, is CULT OF LUNA’s melodic twin.

The band was started by CULT OF LUNA guitarists Johannes Persson and Fredrik Kihlberg in 2003, melding the aggression of the long established local hardcore scene and the burgeoning more diverse and emotive pop scene. Tthe 2000 copies of the band’s debut album “TSUNAMI” were sold out within a few weeks after release. KHOMA then signed with Roadrunner Records, who released their 2nd highly acclaimed album “Second Wave” in 2006.

After a few intense and intimate concerts and festivals in 2006 and early 2007, KHOMA disappeared. The webpage shut down, no new messages were posted on the internet and no concerts were held. Almost three years of silence followed, and followers began thinking the band had split up without any notice.

What actually happened was that the band split with Roadrunner Records. comments vocalist Jan Jämte: „During the Roadrunner-era a lot of our time was spent on administration, planning and talking about what to do next. We wanted to focus solely on creating and playing music, and that´s what we have done.“

After 3 years of silence, 2010 saw KHOMA return with a new album on Anders Friden of IN FLAMES’ newly founded record label Selective Notes: “A Final Storm” combines the crushing heaviness and atmospheric density of CUT OF LUNA with the airy majesty of MUSE: the album’s intensity is built on subtle dynamics and contrasts between restrained calm moments and impending walls of guitars – always fueled by Jan Jämte’s haunting, melancholic vocals. 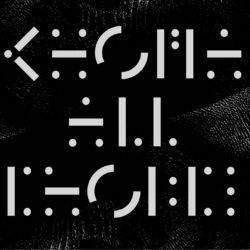