God is an Astronaut

Hailing from Glen of the Downs, Ireland, GOD IS AN ASTRONAUT formed in 2002 and have already released 4 albums and one EP. GIAA’s storied live performances have the unique ability to effortlessly ascend / transcend at any given moment, reaching bold crescendos of both of dim shimmer and blinding incandescence. The band make use of projected, self-edited video footage along with impressive lighting arrangements to form what it calls, a “full audio visual show”, with each song accompanied by its own video. GOD IS AN ASTRONAUT’s marriage of raw power and delicate beauty has drawn comparisons to the works of like-minded indie acts Explosions in the Sky and Mogwai.

The band have performed all over the world including sell out shows in Boston, New York, London, Dublin and Moscow.

GOD IS AN ASTRONAUT
godiaa[at]gmail.com 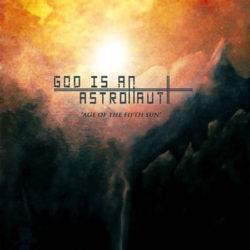 GOD IS AN ASTRONAUT – “Age of the Fifth Sun” LP