The American electronic music duo Mirza Ramic and Max Lewis have compiled an impressive discography of 26 releases in their 11 year history as Arms and Sleepers. They have collabo-rated with dozens of prominent artists (Tom Brosseau of Fat Cat Records, Serengeti of Anticon, Philip Jamieson of Caspian, and Victor Ferreira of Sun Glitters, among others) and worked on numerous remixes (Caspian, Helios, Ef, From Indian Lakes, and many others). Their music has also been widely used in various TV, radio, and online media program-ming, including VICE and NPR.

While Lewis lives in the US, Ramic is currently based in Europe, from where he has taken Arms and Sleepers to stages across North & Central America, Europe and Asia mainly as a one-man show in recent years… the full live band lineup (trio) appears only on special occasions.

Arms and Sleepers originated in the post-rock scene over a decade ago, and while they still occasionally perform at post-rock festivals like Dunk!, their music on recent releases has been transcending the narrow confines of that scene, oscillating more between “chilled hip-hop beats, glitching electronics and ambient progressions” (The Huffington Post) than the typical wailing delay guitars and drum crescendos. They have always been an act difficult to categorize.

“It Was Us” is the first single taken from the upcoming album “Find The Right Place”, to be released on April 13th, 2018. Available on 7” format on orange crush and hot pink vinyl, as well as digital.

“Arms and Sleepers experiments more with electronics and beats than Morcheeba or Portishead ever did… the group refuses to adhere to any scene in particular, and its subdued, magical sound remains unique.” – NPR

“… Moving from the trippy, cinematic blends that defined their earlier work to ’90s-influenced instrumental hip-hop, Life Is Everywhere might be the group’s most ambitious project to date.” – Bandcamp

“… Chilled hip-hop beats, glitching electronics and ambient progressions combine to craft an album [Swim Team] that is capable for working, relaxing, partying, exercising and just about every other moment of life.” – The Huffington Post 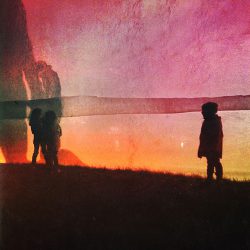