You are not the ocean. You do not orchestrate a beautiful cacophony of life and death, struggle and destruction, creation and dependance. You are not the sole reason for the existence of a nation of creatures to live and abide your stark and simple rules. You are not married to the moon. You do not allow the constellations to be your map. You do not destroy cities and drown their citizens. You do not embrace best essay writing service land’s golden hem as your child, with calm and tenderness. You do not crash and spray craggy shores with fury and passion. You are not unstoppable. You are not powerful. You are not necessary.

Vancouver metal veterans BISON are making a devastating return with their brand new album titled „You Are Not The Ocean You Are The Patient“; already a serious contender for the „album title of the year“ award. After 2012’s Lovelessness, the four-piece’s last album for Metal Blade Records, the band was joined by Shane Clark on bass, former lead guitarist of 3 INCHES OF BLOOD. The EP „1000 Needles“, released in 2014, already hinted at what to expect from their 5th full length album: a thundering opus of epic filth and splendor. 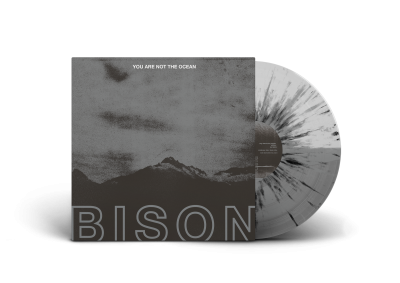 „It was important that the songs fit together to tell a bit of a story“, guitarist and vocalist James Farwell explains. „A story of a new life and escaping the city, while still being tethered to it. Life is a constant fight, and though I have taken the fight to a more natural and beautiful place, that struggle still persists. This is an album of daily living. It is for everyone.“

While Lovelessness was recorded in Chicago by Sanford Parker (Yob, Pelican, Nachtmystium), the band decided to record this new album in their hometown, with long time friend Jesse Gander at Rain City Recorders. „I wanted to also steep myself in music that was not necessarily heavy in the obvious sense, so I was listening to lots of blues while writing the album: Peter Green, Muddy Waters and Howlin Wolf. There was also lots of instrumental rock music playing on my long commutes to Vanceouver for work and rehearsals“, James Farwell comments, and guitarist and vocalist Dan And adds: „The new songs still sound like ‘us,’ whatever that means, but we aren’t concerned with shying away from whatever influences creep up. The older we get and the longer we play together, the less we give a shit about trying to sound like anything in particular.”

Check out the album teaser here: