NEBRA is a swiss powerhouse hailing from the rock city of Geneva, featuring ex- and current members of KNUT, MUMAKIL and NOSTROMO. Their 5-song debut EP entitled “SKY DISK” was mastered at Cutting Room in Stockholm: 5 heavy yet somehow catchy tunes for fans of CRAW, KEELHAUL, ISIS, MASTODON, TORCHE and THE MELVINS.

Artwork by SELDON HUNT (Isis, Neurosis). The EP comes in a slick digipak packaging, including silver ink and a 3 inch CD with plastic frame.

Initially founded by Philippe and Robert in Geneva (Switzerland), nebra takes shape in January 2006 when Jérôme and Samuel join the band. During the following months, nebra rapidly establish their own brand of massive , epic instrumental metal.

Nebra plays live for the first time in october 2006, opening for Mumakil at the packed Moloko bar in Geneva in front of a sweaty and enthusiastic audience. A few gigs in their hometown follow before the band records their 5-track “Sky Disk 1” demo at Jérôme’s “Terrier 5”-studio in January 2007. The demo gets uploaded to myspace and receives loads of positive comments.

In June 2007, drummer Sam is badly injured in a road accident, it is unclear if he will ever be able to play live again. Looking for a replacement never became an option for the other band members, as their bond with Sam is strong. The band is on hold for more than a year.

Sam recovers. During the Geneva Music Festival in summer 2008, nebra play their first couple of gigs in a year, demonstrating that they’re back for good, and that Sam is still the human machine he was before his accident! “Sky Disk 1” undergoes a heavy remixing process in the hands of Jérôme, gets mastered at the Cutting Room in Stockholm, and becomes “Sky Disk”.

The band just opened for Gojira on the 24th of April 2009 in their hometown Geneva and is working on writing new tracks for a forthcoming album. 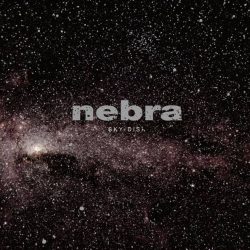