KRUGER’s new slab, “For Death, Glory And The End Of The World”, sounds like the coup de grace of a four-album discography that has seen the Swiss quintet emerge from the post-metal-noise-whatever-you-call-it vortex initially born from bands such as Neurosis, Converge, Tool or Unsane.

KRUGER’s nine new swaggering anthems are raging like a hound barking at your face, waiting to go for your throat…

Pelagic Records is releasing Kruger’s latest effort on wax! Double LP edition of the swaggering fourth studio effort of the swiss quintet released on Listenable records. This deluxe vinyl contains also two live tracks (one featuring Jo of Gojira) and a couple of dubious covers, one being Kyuss’ “Hurricane” and the other Kraftwerk’s “Radioactivy”, recorded with Swiss infamous queer Greta Gratos.

“Few bands are tits up awesome – Kruger are. They take the majestic, layered and densed post-metal sound towards heavier, virulent and more melodic territories.” – Rock Sound, 8/10

“The epic force of Neurosis, Isis and Minsk meets the unbridled power of Breach, Burst and Converge. Kruger are fascinating and, beyond the wall of sound, give the feeling of listening to something unique.” – Rock Hard, 8/10

“Kruger are upholding a proud tradition of genre-scorning heaviness that dates back to the seminal bravery of celtic frost and samael, albeit via the hypnotic bludgeon of unsane and Neurosis.” – Metal Hammer, 8/10

For Death, Glory and the End of the World 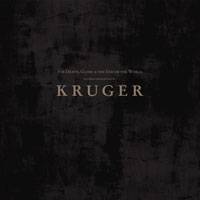 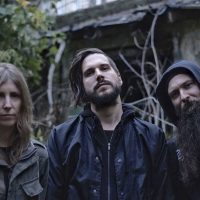 Coilguns
Menu
We use cookies to ensure that we give you the best experience on our website. If you continue to use this site we will assume that you are happy with our privacy policy.OKRead more