In a genre saturated with bands reproducing the same boring moves and routines, it can become quite a chore to find that elusive gem amongst the steaming piles of manure. It does however make it that much more rewarding when you do.

HYENAS, hailing from Nuremburg, Germany will grab you by the short and curlies and make sure you hear what they have to say. They really are a pack of wild animals! This is raw, powerful and yet immensely catchy music. The guitar work on „DEADWEIGHTS“ is made up of punchy, angry riffs that will make you wanna rip the carpet from your floor… and yet there is something somewhat elaborate to it at the same time, creating something bigger than just sheer heaviness.

In the end, however, HYENAS never forget where they come from: punk, filth, feedback, count ins, raw live energy… this is modern day’s hardcore. Immediate comparisons can be made to the late but great The Chariot, Every Time I Die or Norma Jean.

This talented young band has so far only released a demo-EP in January of 2014, which was met with critical acclaim amongst musicians and journalists alike. Debut album „DEADWEIGHTS“ was recorded live within just 4 days by Jan Kerscher out in the nowhere of Ghost City Recordings, surrounded by nothing but dark trees, cows and cold December skies.

„DEADWEIGHTS refers to unloved peculiarities that we are subconsciously aware of but are often not so easily abandoned“, vocalist Robert Sierl comments. „The album orbits around the topic of self development as a human being, whilst simultaneously criticizing abuses and misconduct caused by modern society that are increasingly rooted in the personalities of each individual.“

If you ever have the chance to see HYENAS live, be prepared for the sensation of being kicked in the teeth by an angry bull’s rear feet… and if you can’t imagine this to be a truly liberating experience, go watch ‘Fight Club’ again! 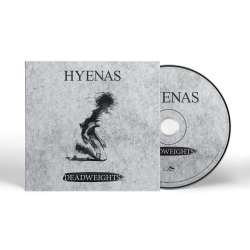 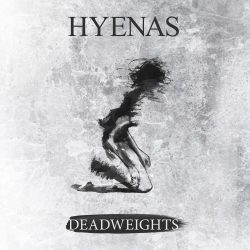